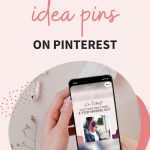 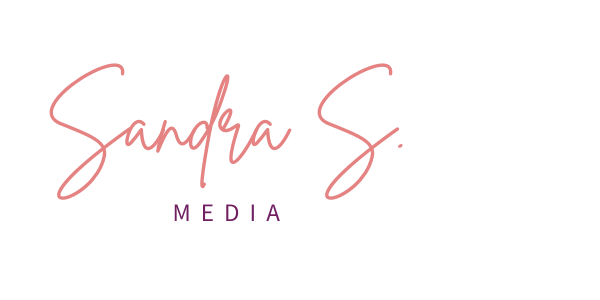 Idea Pins on Pinterest – what you need to know 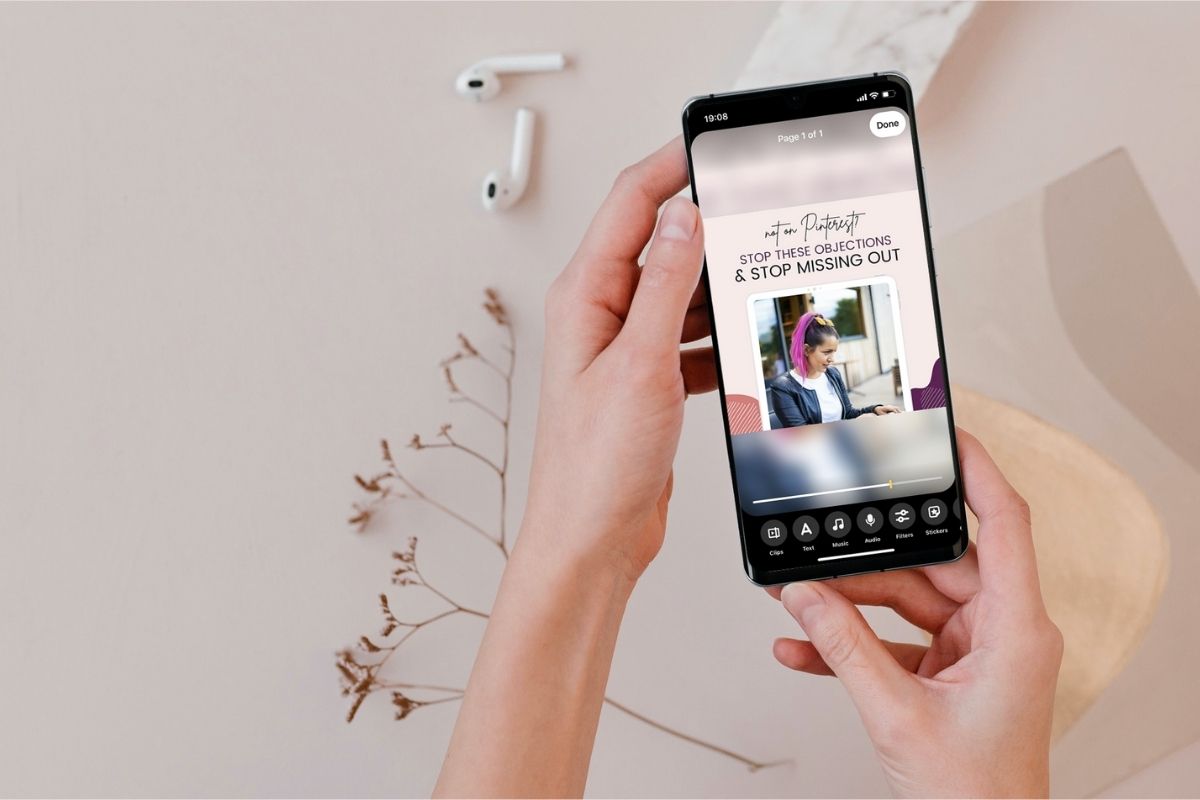 This post may contain affiliate links, which means that if you choose to click through and make a purchase, we may receive a small commission or benefit at absolutely no extra cost to you. We recommend only products that we use and absolutely love!

I’ll be bold and drop a truth bomb right here at the beginning: idea pins are here, and they’re taking the stage, whether you we like it or not.

Recently Instagram announced that it is no longer just a photo-sharing application. If you haven’t noticed, many platforms are going in this direction, including Pinterest. They are prioritizing and promoting video content more and more.

And idea pins on Pinterest, a video-first tool now available to creators globally*, are a fantastic way to tell a compelling story.

(*a complete list of countries where Idea pins are available)

Wait, a STORY? So idea pins are basically stories?

Hang in there; we’ll come to that in a sec.

Idea pins are the latest pin format that was launched a while ago under the name “Story pins” and was available only in a few countries.

To avoid confusion (we all know another platform with “stories” 😉) and enhance their purpose, they were renamed in May 2021.

Idea pins are not meant to be used for sharing quick snaps of your (otherwise super adorable, I’m sure!) pup in your lap while you’re working or re-sharing inspirational quotes from others.

SO, WHAT TO INCLUDE IN IDEA PINS THEN?

Every compelling story has a beginning, middle, and end, and you should aim to present a brand or an idea in a unique, creative way that will incite curiosity.

You can use up to 20 slides for each idea pin, and some of the best ways to utilize this format are to:

Each slide should represent a segment of your story, and the last pin is a perfect place to add a CTA (call to action!)

SOMETHING ELSE YOU SHOULD KNOW ABOUT IDEA PINS

Idea pins do not disappear after 24 hours, and their name indicates their purpose – they enable creators to share long-lasting ideas in the form of a compelling story.

With the difference between static and video pins, idea pins are not clickable (at least atm), meaning that pinners won’t be able to click through to your website. And let’s admit it, this is the main reason that many are still struggling with the idea of boarding the “idea-pin-train”.

So, are there any benefits of idea pins for creators?

Even I was initially reluctant when I noticed that idea pins are being pushed on the top of home feeds and clients started to receive fewer clicks to their websites.

But as it is with any other platform – when a new feature is released, it’s smart to find the best way to use it, and sometimes that means you need to get creative!

With engagements and followers gaining in importance on the platform, idea pins are a perfect way to grow your followers and brand awareness and receive more exposure.

Pinterest itself adds a CTA in the form of a “Follow” button at the end of your story pin, and you can invite pinners to follow you too (on a pin idea slide and inside the “Additional information” section.

Pinterest is also more likely to show your content in the form of an idea pin not only to your existing followers but also to other pinners on the platform.

With that being said, they are a great tool to grow visibility!

If idea pins are available in your country, you’ll be able to find them under the ‘Save’ tab when you click + button.

Before creating the first-ever idea pin, you’ll be asked to agree to the Creator’s Code. 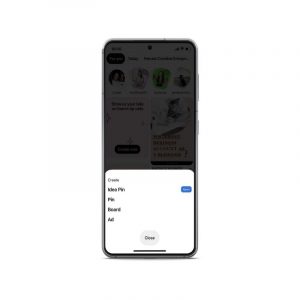 Following the next step, you can upload up to 20 images or videos. Pinterest idea pin size should be 1080px x 1920px and videos can be between 1-60s longs.

There are several editing apps available, but as for other pin designs, I use Canva Pro for idea pins, too – I absolutely love how simple and user-friendly it is.

Another way to create an idea pin is to upload images or videos and edit them inside Pinterest Idea Pin builder – it’s possible to add music or voice cover, stickers, text, and colors and make them your own. 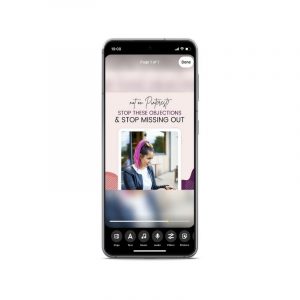 The last step before publishing an idea pin is to add a title (don’t forget about the keywords!), topic tags (another thing important for the distribution of your idea pin), and additional information (step-by-step instructions, recipes, or notes). 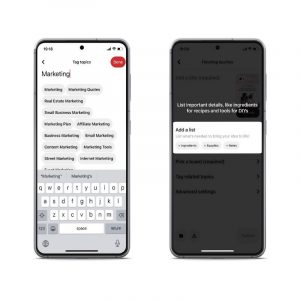 Once you hit the Publish button, your idea pin will appear at the top of the ‘Create’ tab (and start getting impressions very soon!)

THE DO’S AND DON’TS OF THE PINTEREST IDEA PINS

There are a few best practices that you should follow when creating idea pins that will help them reach their true potential.

Did you find this article helpful? Have you already created idea pins? Share your thoughts on it in the comments!

Sandra is your travel-obsessed, coffee-loving Pinterest & Canva Expert (with a zillion other digital-marketing-related passions). She is a self-proclaimed Pinterest addict and a founder of Sandra S. Media, a boutique marketing agency that helps bloggers and creatives scale their businesses through strategic Pinterest marketing and design. 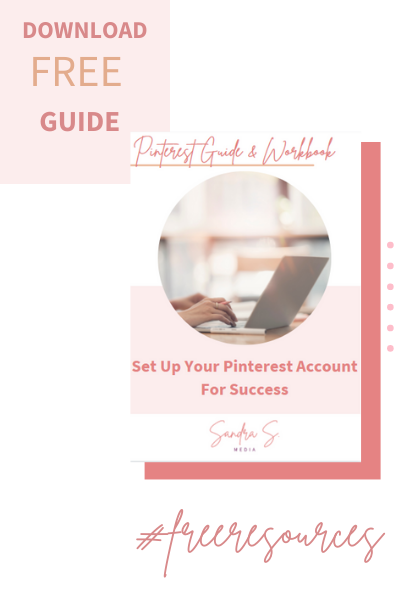 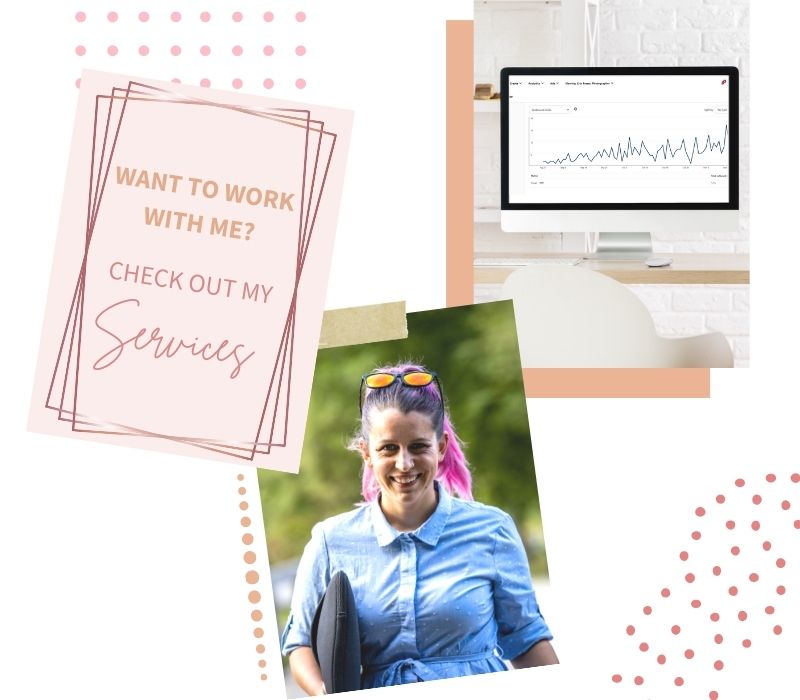 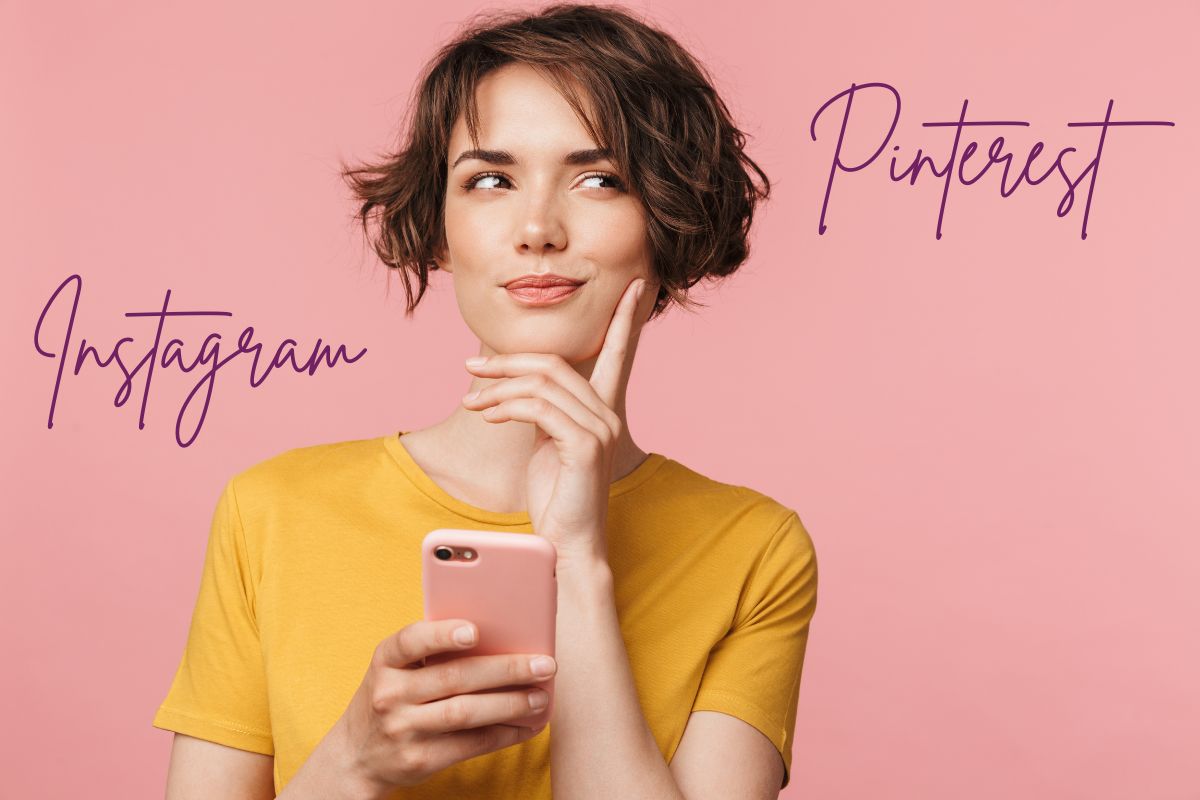 When it comes to digital marketing, there are a lot of different platforms to choose from. I mean, A LOT. It’s way better to focus 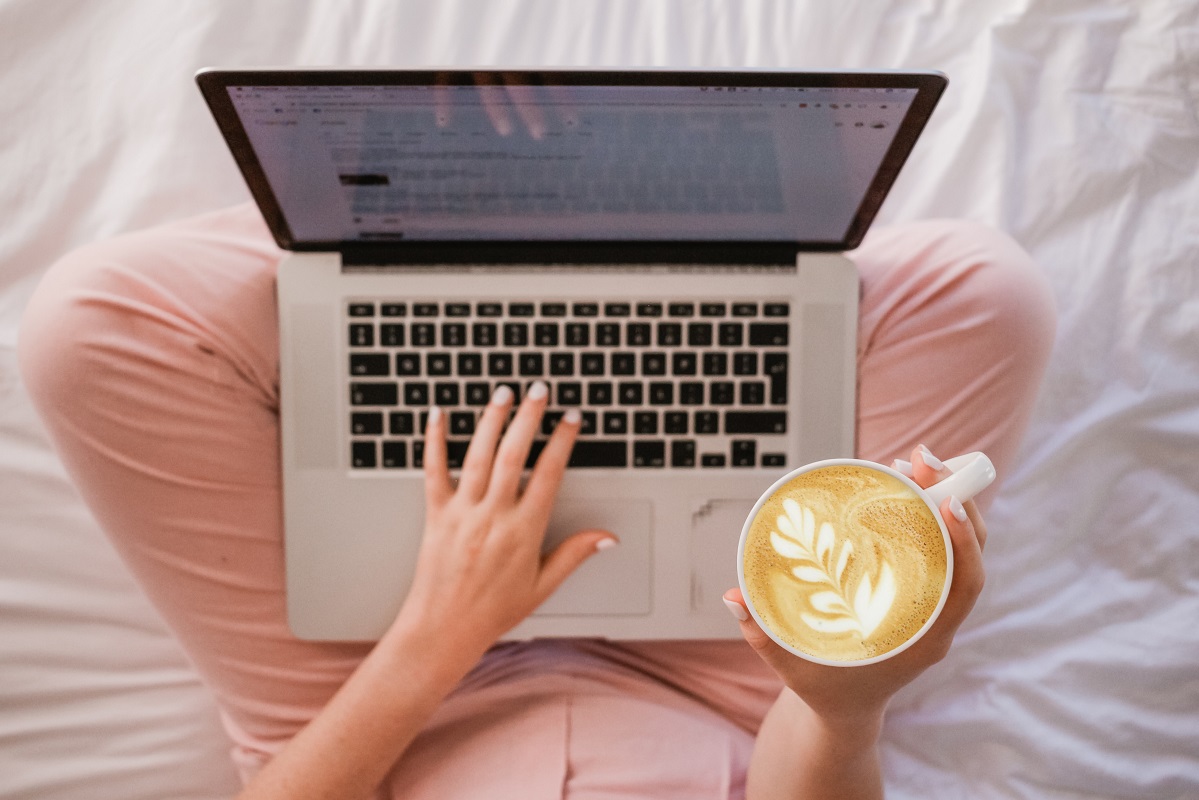 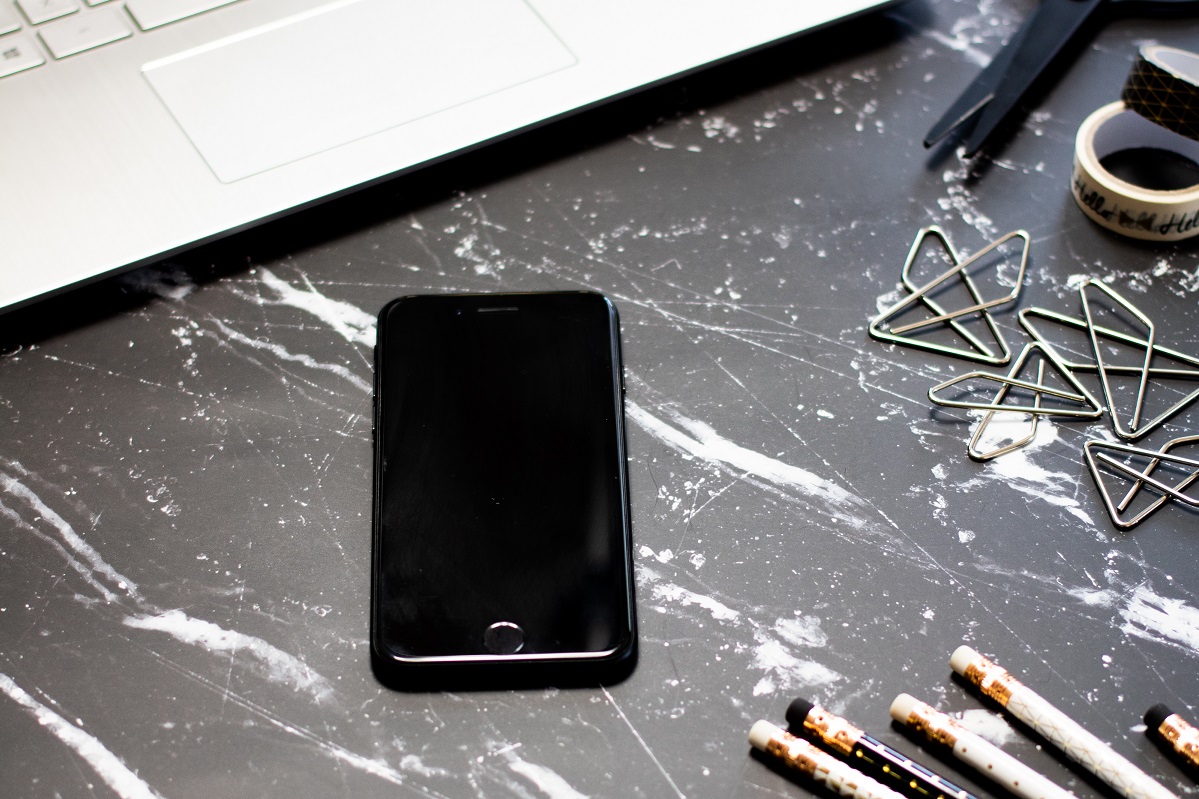 I’ve worked with several service providers over the past few years who were initially skeptical about whether Pinterest marketing could help them grow their business. 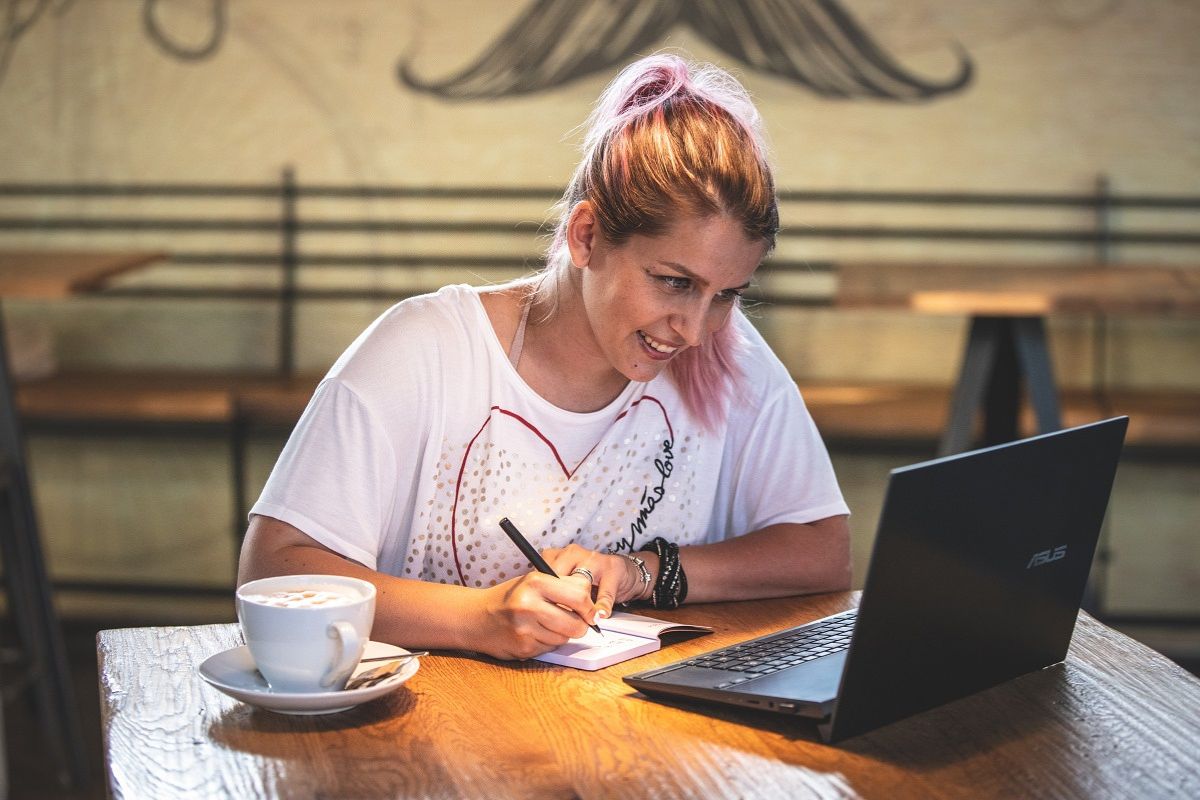 Apps, tools and programs can be real game-changers when it comes to running a business, wouldn’t you agree?  They either make content creation more manageable,

These templates are fully customizable – use your images, fonts, colors, add/remove elements –  and create your unique pin designs! 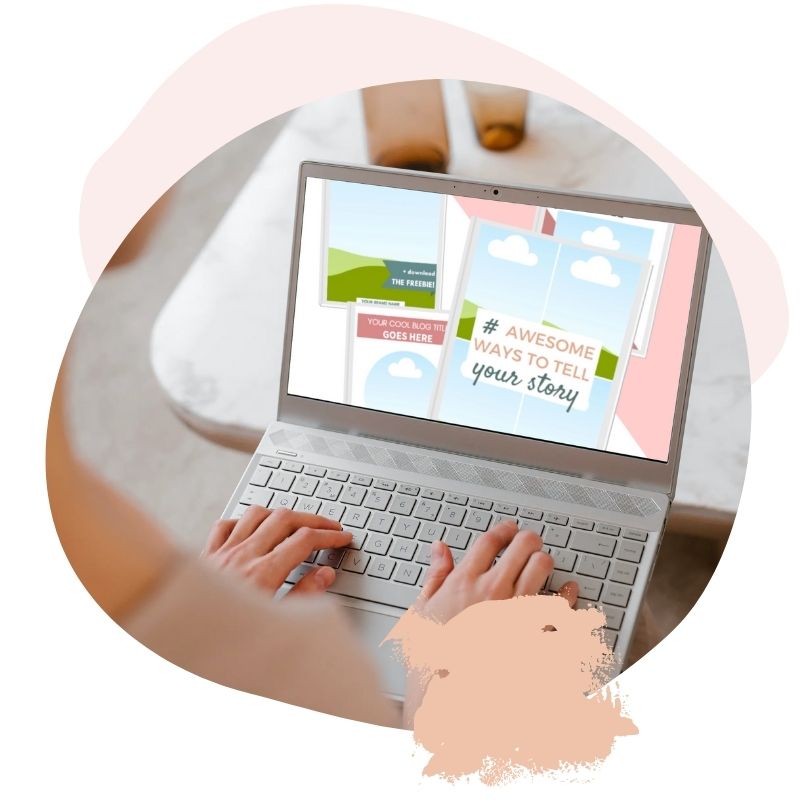 PSST...YOU CAN LOW-KEY STALK ME HERE FOR FREE PINTEREST TIPS:

Strategic Pinterest marketing for creatives🦄, service providers & coaches
No fluff around here (except my 🐶)
Grow & scale💫⤵️

Want to grow your email list in 2023? Start promot

I’m not the one who makes the rules around here,

Coffee o'clock. Not that I need an excuse, but it' 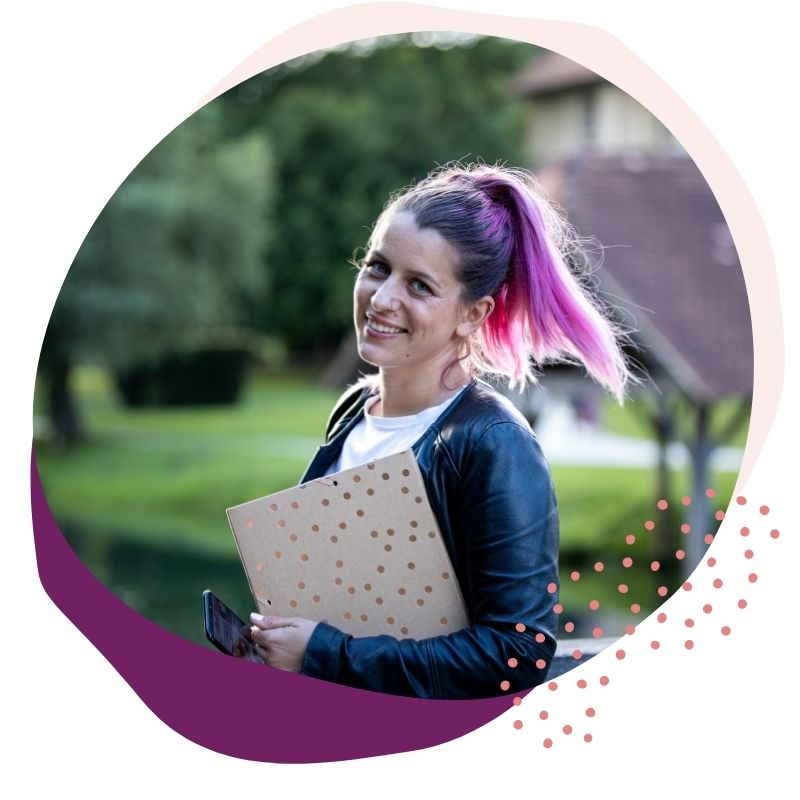 I would love to get in touch with you!

Let’s chat to see if we’re the right fit for each other!

We use cookies on our website (unfortunately those without chocolate chips) to give you the most relevant experience by remembering your preferences. By clicking “Accept”, you consent to the use of all the cookies.
Cookie settingsACCEPT
Manage consent

This website uses cookies to improve your experience while you navigate through the website. Out of these, the cookies that are categorized as necessary are stored on your browser as they are essential for the working of basic functionalities of the website. We also use third-party cookies that help us analyze and understand how you use this website. These cookies will be stored in your browser only with your consent. You also have the option to opt-out of these cookies. But opting out of some of these cookies may affect your browsing experience.
Necessary Always Enabled
Necessary cookies are absolutely essential for the website to function properly. This category only includes cookies that ensures basic functionalities and security features of the website. These cookies do not store any personal information.
Non-necessary
Any cookies that may not be particularly necessary for the website to function and is used specifically to collect user personal data via analytics, ads, other embedded contents are termed as non-necessary cookies. It is mandatory to procure user consent prior to running these cookies on your website.
SAVE & ACCEPT